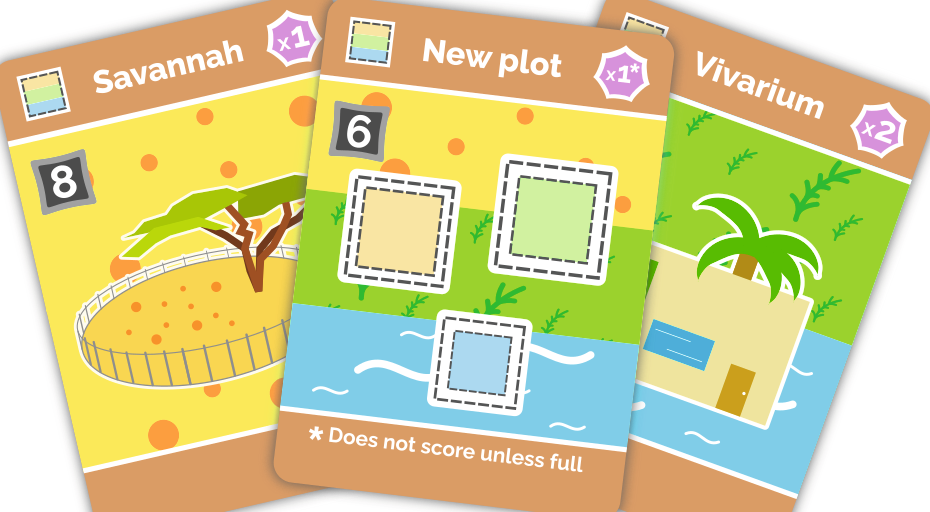 Here we see a handful of the enclosures available to you in Zuuli in order to home your hoppy Tree Frog and other animals that we first saw in this post. We’ll be learning more about how in order to have the happiest animals you’ll need to decide on whether to choose between a bigger enclosure, one with more habitats installed or one which will satisfy your animals the most. By picking and passing you can influence how your fellow players build their zoo but they can be just as fierce or friendly back to you!

Let’s take a closer look at how this works:

Hopefully you’re starting to see how homing all your animals is not quite as easy as the cutesy looks might imply. Thinking ahead, watching what your neighbours are collecting and building enclosures that will prove fruitfull in future rounds is essential for success.